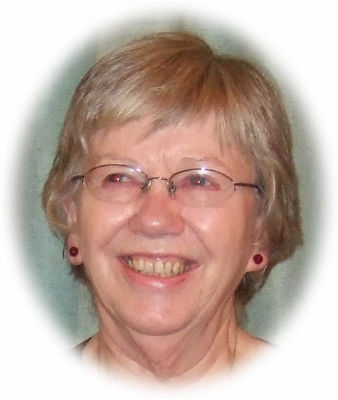 The South Lakes Circuit was saddened to learn of the sudden and unexpected death of one of its Local Preachers, Mrs Brenda Horrocks, on Monday December 2nd in Furness General Hospital.  She was one of our two local preachers with authorisation to preside at the Lord’ Supper, and was much loved and valued throughout the circuit.

Brenda was a quiet friendly outgoing sort of person who loved meeting people and getting to know them. The early years of her life were spent in Birmingham where, under parental influence, she joined the Brownies, then the Guides and became a Guide leader herself - which continued until after she married Don, who she had met at the bank where they both worked, and started a family.

Singing was another interest, starting in her church choir, taking lessons, and even entering competitions, leading eventually to her joining an amateur operatic company in Sutton Coldfield before Don's job took him north and the family, now with three young boys in tow, moved to Whitley Bay. There, Brenda became a member of St. John's Methodist Church, joined its choir of course, but also took on the jobs of Church secretary and producer of its newsletter, joined Ladies Circle and, afterwards, Tangent Club, enjoying a good and varied social life.

Influenced by a former minister of the Whitley Bay church who remained a friend until his death some years ago, Brenda answered a calling to throw herself even more into God's work, and one of the proudest moments of her life was when she was Recognised and Commissioned as a Local Preacher in 1991, resulting in her meeting and befriending even more people as this work took her round the circuit. She supported a ladies group at Swarthmoor Chapel, and Coffee and Chat in Ulverston, has held several positions on church committees, represented the church on Churches Together in Ulverston, and has been a trustee of the Cornerstone Bible Shop.
Since arriving in Ulverston she has also been a regular attendee at the Parish Church Thursday morning services, even helping to lead them on occasion in recent months.

She enjoyed reading, watching all kinds of sport on TV and tennis at Wimbledon - and had an obsessive love of cats.

She will be sadly missed by not only her immediate loving family and cat, but also by her brother and her late sister's families, to whom she was very close, together with her wide circle of friends.

Her funeral was conducted by Rev Graham Ransom, at Ulverston Methodist Church, on Saturday December 14th.  During the service, Graham read the following poem:

When I come to the end of the road
And the sun has set for me
I want no rites in a gloom filled room
Why cry for a soul set free?

Miss me a little, but not for long
And not with your head bowed low
Remember the love that once we shared
Miss me, but let me go.

For this is a journey we all must take
And each must go alone.
It's all part of the master plan
A step on the road to home.

When you are lonely and sick at heart
Go to the friends we know.
Laugh at all the things we used to do
Miss me, but let me go.