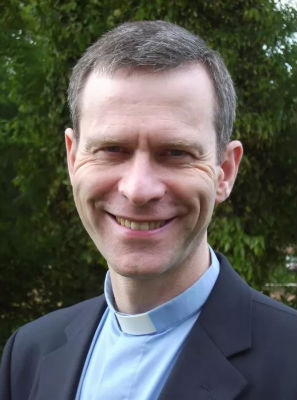 Rev. James Tebbutt started work as Chair of the Cumbria District of the Methodist Church at the beginning of September 2019.

Since August 2013, James had been the Superintendent of the Gloucestershire Circuit, with  overall responsibility for the mission and ministry ofthe Circuit's 45 churches.  He was also an
Ecumenical Canon of Gloucester Cathedral.  Before that, he held Circuit posts in the Medway in Kent, in Hayes in West London, in Shefﬁeld, Manchester and most recently in Poynton in Cheshire, being at times a Prison and University chaplain.

Before entering the ministry, he was a solicitor for about a decade, mostly in central London.  He has a PhD and special interest in the interface between psychotherapy and pastoral care and theology.  His wife Nicola is also a Methodist minister with a national role as Secretary to the Connexional Faith & Order Committee, and they have one daughter.

James's interests include hill walking and classical music, and his longing is for the world to know more of the love that God has for all.